Now that Bachelor in Paradise is over, Lovely Better Half thinks I should write about something else every week. Good idea, except the things that I think are interesting, other people usually don’t, and I’m not really bright enough to tackle serious issues. If you want my honest opinion, I think LBH thinks I’m bored, and she’s partially right. I am bored, but I’ve been bored for over 40 years. It’s more of a general restlessness in my personality than a temporary affliction, but hey, I’m willing to indulge. So, here goes…

Miss America Contest – I was flipping channels and actually watched 5 minutes of Miss America. Check out who’s back from Mexico, looking relaxed and armed with a fresh batch of stories to tell: 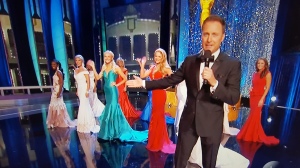 Have I told you about the time Jorge and I and knocked back a bottle of mezcal and ended up at a cock fight outside of Sayulita? I had just put a $1000 on this big mean-lookin’ red rooster, and one of the local girls is checking me out from across the bar. Next thing I know, her boyfriend – a real big bad ass looking dude – is in my face, saying “Yo, gringo, it’s bad luck making eyes at another man’s woman with so few friends around.” And I say to him, “No, it’s bad luck thinking I need help kicking your ass. Jorge – go grab a couple beers while I teach this pendejo a little respect…”

And then Chris Harrison says something about the talent competition coming up next. These hand-waving, perma-grin, Stepford cut-outs have “talents”? Ok, television – you win. I’m locked in for at least another 10 minutes. First off: 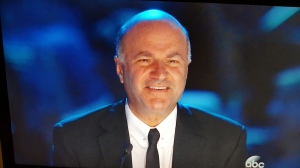 That doesn’t look creepy at all…

Miss Florida – dances to Bridge Over Troubled Water (cover version, because ABC won’t pay full rights to Simon and Garfunkel). It’s nice, but nothing I wouldn’t expect out of Gary Busey by week 4 on Dancing With The Stars. 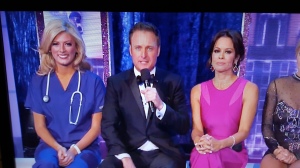 I don’t know who this is, but what’s up with the scrubs? Is she giving the Shark Tank guy a prostate exam? And is that technically a ‘talent’ or a ‘skill’?

Miss Oklahoma, Miss Louisiana, Miss Texas, Miss South Carolina – They all sing songs. A little pitchy in parts, but you did your thing, dog. Doesn’t anyone juggle fire or play the accordion anymore? Do those people not make it to this level? Boring, though Miss Texas makes a bold statement with the pantsuit and the sassy thigh-slappin’. 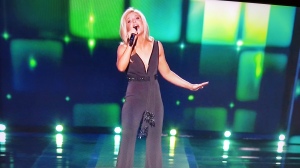 Miss Alabama – modern dance to Clubbed to Death. Edgy, but nothing I wouldn’t expect out of Gary Busey by week 2 of Dancing With The Stars. 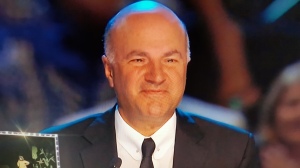 Sorry Shark Tank Guy – it’s a monologue about Alzheimers. Talk about a buzz kill. That’s like going back to a girl’s house, and you stay up all night talking about how her dog just died.

Miss Mississippi – Violin. Yeeeesshhhh. That’s one of those instruments you better be real sure of, because if it’s a little bit off, it sounds a lot wrong.

Miss Georgia – Wow, this girl can sing opera. And not fake talent show opera. She’s actually, legitimately, really good. I was very impressed. But not impressed enough to watch the rest….but if I had to pick, my money is on Georgia. That song was amazing and she’s very easy on the eyes.

The Wedding Ringer – holy cow. Lovely Better Half and I just spent an hour and a half laughing our asses off. Pleasantly surprised by this movie. Kevin Hart is comedy gold.

Kardashians – I was perusing through TMZ for something to talk about and 3 out of 5 stories were about the Kardashian/Jenner clan. Someone remind me: what is it these people do again? It’s time for them to fade from our collective consciousness. Their 15 minutes of fame has lasted 30 minutes too long.

Football Season – Thank god. After 6 straight months of writing about people searching for love, this couldn’t come soon enough. Now, all I need to do is re-open my online gambling account and I can finally have my man-card back.

Ashley Madison Hack – My personal favorite continuing story of the summer, it has run the gamut from hilarious (Josh Duggar – nothing like a two-faced, sanctimonious scumbag preaching ‘values’) to the not-so-funny-and-actually-tragic (the Louisiana pastor that committed suicide – harsh). There’s apparently 15,000 registered .gov emails listed, so I’m still waiting for more of our esteemed and selfless public servants to be named. After all, there is no higher calling than to serve your country by having an affair on tax-payer funded time. And I would LOVE to see a major candidate get outed. Paging thedonald69@trump.com. Though, even something like this couldn’t stick to The Donald – that man is coated in teflon from head to toe. Other notables:

– It was discovered that Ashley Madison was developing an app called “What’s your wife worth?”, where you would post a picture of your wife and other users would rate her – both on a 1 to 10 scale and in terms of dollar amount. Is cheating on your wife not slimy enough for you? Are you looking for a way to further demean the mother of your children? There’s an app for that! This hack couldn’t have happened to a nicer company. In full disclosure, they did cancel the project before they rolled it out, but it sounds like it was more due to development issues rather than moral ones.

– Because more men than women signed up, the company was always looking for ways to get guys to pay for memberships. Thus, fake accounts were created, either using pictures from deactivated female accounts or taking pictures from the free-licensing area on Flickr (which is amazing – can you imagine seeing your picture on a fake account?). Originally, the company hired “chat hostesses” to flirt with men online in order to entice them to purchase communication credits. In 2011, the company computerized and automated the fishing process. By some estimates, 80% of first-time payments were in response to a fake flirtation from a computer algorithm. So congratulations, guys – not only did you put your marriage at risk, but 4 out of 5 of you were catfished. On the plus side, you have to figure that very few guys ended up having an actual affair. They just wanted to, and somehow believed they had a shot with the remarkably familiar Kate Upton look-a-like that was sending them naughty messages. Maybe I was on Match for waaaay too long before I met Lovely Better Half, but if you can’t separate the fake profiles from the real ones, you deserve to lose your money.

– A California firm called Reputation Management Consultants says it has been “swamped” with calls from desperate celebrities seeking to distance themselves from the Ashley Madison hack. Quote from the CEO: “We’ve never taken more calls or email inquiries in such a short time.” And his company charges anywhere between $10k and $100k per month, which is amazing to me. You’re talking about an industry where people get famous for making sex tapes and going to rehab. I find it hard to believe that anyone in Hollywood would really care about this. Unless it’s Tom Cruise; he’s a little nutty and OCD. And it’s not just PR firms cashing in. IT security firms, marriage counselors and, of course, divorce lawyers are all seeing increased business. This could be a real boon at a time when our economy needs it. Come on, people! Cheating – it’s good for America!

–  Overall, the whole affair has been pretty eye-opening, if for no other reason than people’s complete lack of internet savvy. I only hope that something positive comes from all of this – like the return of the good old-fashioned office affair. Let’s put the romance back into infidelity.

Other News – Yeah, there’s way more important stuff going on in the world. The Syria/Europe situation is a complete disaster, snipers in Arizona, California wild fires, cops vs people, people vs cops, the Iran Deal, Clinton emails, Trump’s mouth – all things more deserving of thought, but I don’t have the bandwidth to be that serious on a Monday, and there are far smarter people than me who can talk about that kind of thing. And I’m NOT recapping Dancing With the Stars.

Miss America Redux – who am I kidding – I watched it until the end. Congratulations to Miss Georgia, and my deepest sympathies for the early-onset carpel tunnel syndrome from all the hand waving over the next 12 months.