It’s Iowa Caucus night, and are we glued to CNN, watching our great electoral process in action? Of course not! Screw democracy, The Bachelor’s on!

Welcome to beautiful Mexico, ladies! Where one of you will continue on your amazing journey of love, and 4 of you will get a quick preview of the country to which you’ll return for Bachelor in Paradise. And the other 6 of you – well, you get some twitter followers and the occasional appearance fee for Singles Night at your local TGIFridays. But first, let’s check in with the girls on their flight to Mexico:

Hmmm…looks a lot like a commercial airline, and in coach no less. Anyone still think they took a private jet to Vegas last week?

Olivia is fully committed to the “Ben and I are the greatest love story since Romeo and Juliet” storyline: “He doesn’t validate the other girls the way he validates me. Our love language is reserved for us.” Let’s be clear: Ben is blowing through chicks like he’s on spring break, so if by “love language”, you mean “mauling everyone in sight”, and “reserved for us”, you mean “table for ten, please”, then yes, Olivia, you are spot on in your relationship analysis. This girl is delusional with a capital ‘F’. But, we’ll see plenty more of Olivia tonight. Let’s light this candle…

Ben shows up before dawn to surprise the girls while they’re still sleeping. Great! Girls LOVE that! 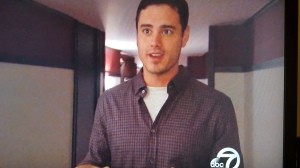 Ben blows the door like Seal Team Six and starts lighting everyone up with a flashlight. Predictably, it’s a mess. Half awake, no make up, hair everywhere – there were hair extensions on a nightstand, so yeah, hair was literally everywhere. Even this: 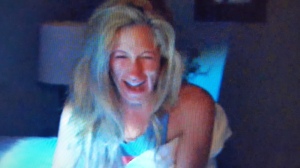 Retainer? Wow, these girls are SO young…

Except for Amanda, who wakes up smelling of spring and looking like radiant sunshine. Someone tipped this girl off, and she woke up an hour ago to get ready. There’s no way she looks like this when she wakes up. Of course, it doesn’t stop her from applying a second coat…

Can you believe he really thinks I wake up like this? Guys are so dumb…

…and they’re off. Continuing this season’s theme of Man’s Quest for Flight, Ben and Amanda take a hot air balloon ride over some pyramids. It’s so romantic. Just Ben and Amanda…and the cameraman…and the balloon guy. Nothing like making out in a basket with two other guys standing right next to you. They touch down for a picnic and some relationship talk:

Amanda: I get so nervous, but you make me feel comfortable, I’m taking time for myself, there’s so much you don’t know, it feels great to have feelings.

Ben: Don’t feel nervous, I want to be around you, let’s see what life is like, is it hard to focus on your self?, I do want to get to know you.

Enthralling. They meet later that night to have some food and talk about Amanda’s first marriage. She was married really young, and her husband wanted to hang with the boys every weekend instead of doing family stuff. Probably because he was 23 at the time, and WAY too young to get married. Then, when she got pregnant with the second kid, she caught him cheating, which is all kinds of screwed up, but don’t worry Ben, Amanda is really excited to give it another shot. “I’m so sorry that happened to you,” says Ben. “I don’t understand how someone didn’t just want to love on you. [eye roll – has that phrase not died yet? It sounds like something dirty] I think you’re amazing. Here’s a rose. You want to make out by the pool?”

Not the most passionate kiss of the season? Sweet girl, but there’s more chemistry elsewhere… 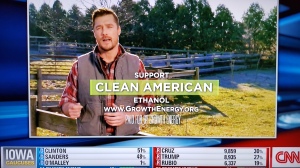 I don’t just maul girls on TV; I also support clean ethanol. Come on, man. You think I grow all this corn for free?

The players: Jubilee, Becca, JOjo, Caila, Emily, Lauren B, Jennifer, Leah, Olivia. The game: a brief Spanish lesson followed by a cooking contest in a Mexican market. Jubilee tells us that she hates group dates, and she’s going to spend the rest of the day showing us all the reasons why. Reason Numero Uno: Jubilee doesn’t like watching all the other girls say “I love you” to Ben in Spanish. Well, everyone except Becca: 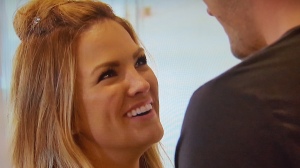 And when it’s Jubilee’s turn to whisper sweet nothings, she’s not having any of it. Olivia, on the other hand, is feeling the ‘electricitay’, as she puts it, so I guess their Lingua de Amor is alive and well. Olivia also tiene mas fuerte, as she out-wrestles Jubilee to partner with Ben, pushing Jubilee closer to the breaking point. They shop, and most of them stick to their assigned ingredients, except for Emily who buys churros and candy, and then goes into a glycemic rage and threatens Olivia with a knife: 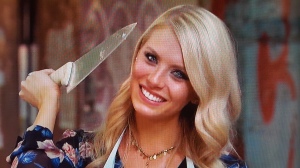 You know, Emily does something like this, and it’s kinda funny and cute. But Lace does this, and people start climbing over each other to get to the panic room…

Becca and JoJo realize that’s NOT how you drink a beer, right?

You know who doesn’t have trouble drinking? Ben.

Easy there, rockstar. The day is young…

They cook a little, sit down for the tasting, and Ben is easily on the 6th different drink I’ve seen on this date. It’s going to be a long night for Mr. Spatchelar. Most of the teams do alright, except for Olivia and Ben, who bomb. Because Olivia decided to put bugs in their sandwich and Ben is actually bombed. Big winners are Lauren B and Jubilee. Which gets them absolutely nothing.

Nighttime: Ben sits down with the ladies, his 9th cocktail close at hand. Olivia pulls him away to “communicate sweetness and honesty” and Ben eats her face. As well as Caila’s and Becca’s. Then he drunkenly slurs “Hey Everrrbuddy!” as he leads Lauren B past the group and out to the streets for a Mauling Tour Of Mexico, where they make out in literally every neighborhood in the city. Does anyone seriously think that Lauren B isn’t winning this thing? This is the final straw for Jubilee, who freaks out and Ben has to come clean and admit she’s not in the running. It’s more drawn out than that, but that’s the gist of it. I really liked Jubilee. There wasn’t anyone on this show that’s been through more and come out better, but she was not emotionally built for this. I don’t know what she thought she was signing up for, but there is nothing about this show that indicates a one-on-one love story. But hey, at least Ben was straight-up with her. Of course, he had to be half-in-the-bag to do it.

Oh man, I shouldn’t have had the last margarita. I think I’m gonna yak….

Ben rejoins the group to explain what happened. 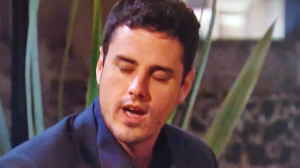 Luckily, JojO bails him out and rubs his temples while the hotel spins in circles around him. How about a rose for jojo, you know, for the effort? Nope. Rose to Olivia, frowny faces for the rest.

Interlude – The Many Faces of Olivia 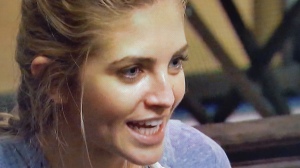 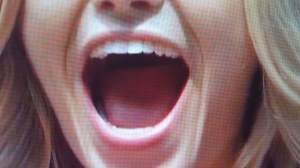 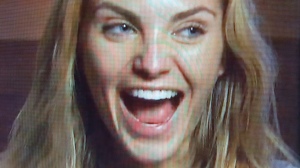 They walk in a fashion show. Not much more to it. Lauren looks good, though.

Night time is the right time to see if there’s a connection beyond just friends, and that means sharing a tragic heartbreak. Lauren H was in a serious relationship for 4 years, found out he was cheating on her, and wasn’t able to date for a long time after that. That’s a lot of living for someone who’s only 25. A year after they broke up, she figured she could choose to be sad, or choose to join The Bachelor. Ben thinks Lauren H chose wisely, and gives her a rose and a make out session as her just reward. A for real make out session, too; my personal Shawn Gosling might have jumped into the Final Four. 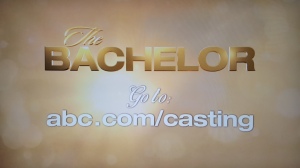 Lovely Better Half: I want to go on this show. Not for the guy, but for the vacations and the food and the free drinks.

Me: Yeah, that would be the best. Can you imagine going to all these places? And an open bar every. single. day.

LBH: Yeah! And we both get an amazing vacation…

Me: and a break from the kids…

Both of us: That sounds SO good right now…

Nothing much here. Oh yeah, except for Olivia calling Amanda “teen mom”, which is one of the top 5 rudest things ever said on this show. My god, does she completely lack any self-awareness whatsoever? Jesus. I kinda wish Amanda had just smacked her. And then when Olivia tried to stutter an apology, smacked her again. She doesn’t, but what does happen, however, is Emily does the one thing you never do, and tells Ben that Olivia is a bad, bad person. Fake and mean and pushy and manipulative and bad. Emily is so distraught, she calls her sister: 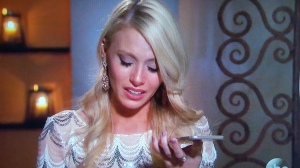 Emily: Haley! Olivia is being so mean! Like, shocker, right!

Emily: Yeah, and she’s being a total bitch. And he gave her a rose on our group date, and I can’t even begin to tell you how messed up it was…

Haley: Uh-huh. You know what else is messed up, Emily? You’re in a cocktail dress in Mexico City while I’m in sweatpants on my couch, watching reruns of Law and Order. I got sent home last week! WHAT MAKES YOU THINK I WANT TO HEAR THIS CRAP?!

You know what would be funny? Emily makes it to hometown dates, and Ben has to field questions from Haley. “Hi Ben. Haven’t seen you since you dumped me in front of my mom. So, I made a list of things I want to talk to you about…” That’s must-see TV. Anyway, despite Olivia’s best attempt to blow smoke (including giving him a ring. Psycho, much?), everyone throws her under the bus, and Ben looks like he wants his rose back. Holy crap, is that Chris Harrison?

First appearance at 1:58. That has to be some kind of record. But, the rose ceremony will have to wait, because Ben wants a personal conversation with Olivia.

And now, let’s watch Emily try to take a tequila shot. And fail. Are we sure she’s from Las Vegas?

– Yeah, I skipped it this week…